March 13 Frida Kahlo and Diego Rivera at the DIA

In these few days at the end of mid-week March, the Detroit Institute of Arts opens its exhibit, “Diego Rivera/Frida Kahlo In Detroit.”  It’s time, I’m thinking, to go down to the DIA and renew kinship with these tempestuous lovers and artists who lived the year of 1932-33 on Kirby and Woodward, right next to the museum.  Rivera and his team worked all year to transform precise mural geometry into the pulsing faces and colors that are the “Industry in Detroit” murals.  Kahlo, less famous then, tended a painter’s genius that would later shake the world of art.  They fought too, divorced once, married twice. “I love you more than my own skin,” Frida wrote once during their long dance of betrayals and outrage and astonishing renewals of intimacy, over and over.

The DIA created an earlier Diego Rivera exhibit, pairing his perception of Detroit industry with the more cerebral landscapes of Charles Sheeler (“The Rouge: The image of Industry in the Art of Charles Sheeler and Diego Rivera” DIA 1978).  It’s pretty thrilling to find Detroit’s world class museum returning to its most important painter with a fresh interpretation.   I’m going down Saturday to listen to Linda Bank Downs’ lecture: “Diego Rivera’s Wife/Frida Kahlo’s Husband: A Question of Popularity” at 2:00 pm.

Perhaps it’s anticipation of time with the exhibit, perhaps it’s this week’s unobtrusive melting of snow and ice by tiny stages.  No matter the reason, Denise Levertov’s poem about shy and delicate entries into private human mysteries seems like good counsel when the city invites the world to eavesdrop on these two genius painters and intense lovers.

When I opened the door
I found the vine leaves
speaking among themselves in abundant
whispers.
My presence made them
hush their green breath,
embarrassed, the way
humans stand up, buttoning their jackets,
acting as if they were leaving anyway, as if
the conversation had ended
just before you arrived.
I liked
the glimpse I had, though,
of their obscure
gestures. I liked the sound
of such private voices. Next time
I’ll move like cautious sunlight, open
the door by fractions, eavesdrop
peacefully. 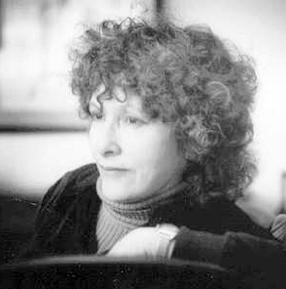