march 31, 2017 Not a poem but about Poems Nicholas Kristof’s March 30 nyt column

Friday,  March 31, 2017  “we need the humanities more than ever to counter nationalism and demagoguery.”

I happened upon Nicholas Kristof’s March 30 column about the importance of art and the humanities.   In the process, he’s written a strong explanation for why the “Work Day in a Hard Time” poetry list exists and appears (mostly) M-W-Fr each week.

At the head of our Archive Blog appears the List’s Mission Statement, written in September 2013 when our city was awash in dire predictions of Detroit’s impending collapse and the US Congress awash in venomous partisan divides.  A tough time too on our Detroit campuses.  It’s worth repeating here on this Friday for a post without a new poem. 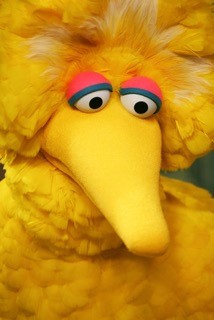 So what if President Trump wants to deport Big Bird?

Let me argue the reverse: Perhaps Trump’s election is actually a reminder that we need the humanities more than ever to counter nationalism and demagoguery.

Civilization is built not just on microchips, but also on arts, ideas and the humanities. And the arts are a bargain: The N.E.A. budget is $148 million a year, or less than 0.004 percent of the federal budget. The per-capita cost for Americans is roughly the cost of a postage stamp.

The humanities may seem squishy and irrelevant. We have a new president who doesn’t read books and who celebrates raw power. It would be easy to interpret Trump as proof of the irrelevance of the humanities.

Yet the humanities are far more powerful than most people believe. The world has been transformed over the last 250 years by what might be called a revolution of empathy driven by the humanities. Previously, almost everyone (except Quakers) accepted slavery and even genocide. Thomas Jefferson justified the “extermination” of Native Americans; whippings continued in American prisons in the 20th century; and at least 15,000 people turned up to watch the last public hanging in the United States, in 1936.

What tamed us was, in part, books. Harriet Beecher Stowe’s “Uncle Tom’s Cabin” famously contributed to the abolitionist movement, and “Black Beauty” helped change the way we treat animals. Steven Pinker of Harvard argues that a surge of literacy and an explosion of reading — novels in particular — “contributed to the humanitarian revolution,” by helping people see other viewpoints. There is also modern experimental evidence that reading literary fiction promotes empathy.

The humanities have even reshaped our diet. In 1971, a few philosophy students, including an Australian named Peter Singer, gathered on a street in Oxford, England, to protest the sale of eggs from hens raised in small cages. This was an unknown issue back then, and passers-by smiled at the students’ idealism but told them they’d never change the food industry..naïve? Today, keeping hens in small cages is illegal in Britain, in the rest of the European Union and in parts of the United States. McDonald’s, Burger King, General Mills and Walmart are all moving toward exclusively cage-free eggs, because consumers demanded it.

Singer, now a Princeton University professor, is a wisp of a man who defeated an agribusiness army with the power of his ideas and the muscle of the humanities. (Singer has a terrific recent book, “Ethics in the Real World,” that wrestles with how much we should donate to charity, and whether wearing a $10,000 watch is a sign of good taste, or of shallow narcissism.)

In short, the humanities encourage us to reflect on what is important, to set priorities. For example, do we get more value as taxpayers from Big Bird and art or music programs, or from the roughly $30 million Trump’s trips to his Mar-a-Lago golf resort will cost us when he’s tallied nine visits in office (he’s already more than halfway there)? That’s also more than the cost of salaries and expenses to run the National Endowment for the Humanities, not including the grants it hands out.

Do we get more value from billions of dollars spent on deportations? Or from tiny sums to support art therapy for wounded veterans?

Then there’s our favorite bird. The Onion humor website reported: “Gaunt, Hollow-Eyed Big Bird Enters Sixth Day Of Hunger Strike Against Proposed Trump Budget.” In fact, Big Bird will survive, but some local public television stations will close without federal support — meaning that children in some parts of the country may not be able to see “Sesame Street” on their local channel.

In 2017, with the world a mess, I’d say we need not only drones but also Big Bird, and poetry and philosophy. Indeed, our new defense secretary, Jim Mattis, apparently shares that view: He carried Marcus Aurelius’s “Meditations” to Iraq with him.

It’d be nice to see Mattis drop off “Meditations” for the new commander in chief. And maybe present the first lady a copy of “Lysistrata.”

Look, I know it sounds elitist to hail the humanities. But I’ve seen people die for ideas. At Tiananmen Square in China in 1989, I watched protesters sacrifice their lives for democracy. In Congo, I saw a tiny Polish nun stand up to a warlord because of her faith and values.

The humanities do not immunize a society from cruelty and overreaction; early-20th-century Germany proves that. But on balance, the arts humanize us and promote empathy. We need that now more than ever.