Yesterday and today, many people in Detroit have gathered to remember a wonderful man, who happens to be a Jesuit priest of many years (b. 1926), Jim O’Reilly, sj.  For decades, Jim lived and worked close to poor people in the heart of Detroit, he was smart, durable, effective, and much admired.   I drove the c. 50 miles from our campus to the Jesuit retirement center where he died, with three O’Reilly-like people, who work at the Pope Francis Homeless Center, also in the heart of Detroit.   We told stories as we drove,  but we did not only listen to stories about O’Reilly, my three companions told stories about homeless women and men for whom the Pope Francis Center was a home.  Their stories  carry the wounds of a brutal homeless street world.  But they fit naturally in our car last night, so alive with O’Reilly’s presence.

For today’s post, I looked for language that could connect O’Reilly with Pope Francis for whom the Center has been named.  I found these  few paragraphs about the actual Pope Francis speaking to the larger world about weeping, in particular about the gospel moments when Jesus wept.  Are these 3 paragraphs about O’Reilly,  about my three companions in the car last night, about Pope Francis for whom their homeless center is named, or about the homeless women and men about whom they spoke?   All the above. In our city, though, it was O’Reilly who gathered us last night.  We miss him.

Have a blest work day in a work week.

Today’s Post:  Pope Francis about weeping in the world (from a column by Tom Reese, sj)

“The pope first applauded the girl for expressing herself so courageously. He told the crowd of young people at Manila’s University of Santo Tomas to pay attention because she “asked the only question that does not have an answer.” The pope did not respond with a theological lecture on the mystery of evil. Rather, he affirmed her tears, saying, “Only when we are able to weep about the things that you lived can we understand something and answer something.” He acknowledged that “the great question for all is: Why do children suffer? Why do children suffer?” But he finds an answer not in the head, but in the heart. “Only when the heart is able to ask the question and weep can we understand something.” For Francis, the world needs to respond by helping the victims of disasters with aid and money. He notes that Christ cured the sick and fed the hungry, and so should we. But, he adds, “it was only when Christ wept and was able to weep that he understood our dramas.”

Those who suffer need not only help but tears. “Today’s world needs to weep,” he said. “The marginalized weep, those left aside weep, the scorned weep … but those of us who lead a life more or less without needs, don’t know how to weep. Certain realities of life are only seen with eyes cleansed by tears.” He then invited the young audience to ask themselves, “Have I learned to weep? Have I learned to weep when I see a hungry child, a drugged child on the street, a homeless child, an abandoned child, an abused child, a child used as a slave by society?” Or do we only weep when we want something for ourselves? “Why do children suffer?” Francis asked. “The great answer we can all give is to learn to weep.” He pointed to the example of Jesus in the Gospels. “He wept for his dead friend; he wept in his heart for that family that had lost their daughter; he wept in his heart when he saw that mother, a poor widow, taking her son to be buried; he was moved and wept in his heart when he saw the multitudes like sheep without a shepherd. If you don’t learn how to weep, you’re not a good Christian!”

In conclusion, he says, “When we are asked, ‘Why do children suffer?’ ‘Why does this or that happen, this tragic thing in life?’ May our answer either be silence or a word born of tears. Be courageous; don’t be afraid to cry.” The mystery of evil is beyond my comprehension. The answers that I have heard I find unsatisfactory. I don’t find any words in the Bible that explain it. I have concluded that since it is beyond our comprehension, Jesus came not to explain suffering but to weep with us and to suffer with us. I prefer to see the cross not so much as reparation for our sins, but as God’s way of joining us in our suffering. Instead of preaching from the sidelines, he gets down in the dirt and suffers with us.” 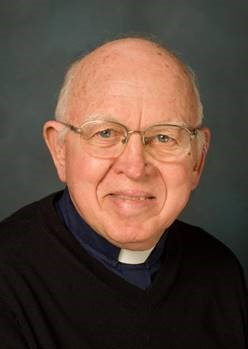