Wednesday, October 4-  “To attach oneself to place is to surrender to it, and suffer with it.”

In October, lots of people in university worlds suck air, walk too fast, and try to manage big and little start-ups.  “Too fast,” though, applies to more than university campuses.  Fear and anxious anger may be the primary distraction of the current cluster of years, pretty much all over the world.   St. Ignatius, my mentor of 500 years ago, teaches that the main temptation of “the enemy of our human nature” (his term for the devil) is distraction  — to absorb my inner attention about something that isn’t so very important, to draw my inner eye away from my deepest graces, replacing joy with anxiety and to fuss about the wrong things.   Maybe that’s why Kathleen Norris came to mind today.   She writes words that open deep into ordinary living.   In 1974, after learning her way into New York City’s world of poetry with mentoring from the legendary Betty Kray at the Academy of American Poets (http://www.nytimes.com/1987/11/24/obituaries/elizabeth-kray-patron-and-friend-of-poets-and-their-art-dies-at-71.html) Kathleen and her husband shocked their East Coast peers by moving to Lemmon in northwestern South Dakota where Kathleen had inherited the family home of her grandmother.  They stayed a long time.

In 1993, her Dakota: A Spiritual Geography took the literary world by storm.  Took me by storm too.  If a book of micro essays, some only half a page, ever approaches the taut, lean focus of strong poetry, for me this is the book.  In those South Dakota years she became friends with vast horizons, and with the Benedictine monks at St. John’s Monastery in Minnesota.  She’s written more than one memoir about the intersection of her secularity with the roots of Benedictine prayer and wisdom.

Think of the following four quotes from Dakota as poems.   Best to read them out loud, with pauses in between.

p.s. coming home to Six Mile and Livernois after 4 weeks deep in the Pine Ridge Rez is having the effect of sharpening my taste for surprisingly deep joy right at the ends of my fingertips,  beauty all around me, in the Badlands 75 miles north and west of Pine Ridge, at Six Mile and along the Detroit River, surprises all around.   For you too, I hope, wherever you live. 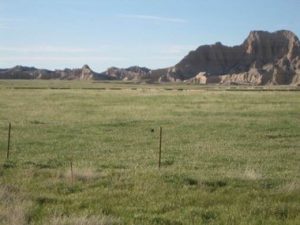