Feb 19 – A falcon soaring and a treasure in a field

Wednesday, February 19 –
“The kingdom of heaven is like treasure hidden in a field which someone has found;
he hides it again, goes off happy,
sells everything he owns and buys the field.”  (Mt 13:44)

People tell stories and people listen to stories.   This ancient rhythm weaves humans together over the centuries.   At universities we talk about “research;”  in my faith tradition, we tell each other how we understand sacred texts.   Telling and listening make the world go round.   The passage of time sifts words, sorting out “not very good” from “good” and “very good.”  But in a lifetime of listening, you may find a few sayings so compelling that they hold their shape, clear and unforgettable for decades.

Many people at my university have spent time and tears as they kept vigil with Gerry Stockhausen back in early January 2016 as he labored with his dying in an Omaha hospital room.  After he died, some of Gerry’s soul friends gathered in Omaha, in Milwaukee, and here on campus in Detroit, to anoint him with our love after he left us.  We told stories about him, sang songs he used to play and sing and lead in worship.

Once I heard Gerry preach a game-changer homily.   I write how I remember what he said then as a way of keeping vigil in these years since he died in that Omaha room.

Have a blest day, halfway into this work week when, tomorrow, the university’s trustees will gather to explore the current state of our University, which they collectively carry as a sacred trust.  Today’s poet, Gerard Manley Hopkins, sj can sing the grace and courage of our shared presence on three campuses in Detroit.  Best to read the poem out loud, with pauses — when we might bless The University of Detroit Mercy.

Gerry Stock’s homily, (as I remember what he said that day):  “The saying tells of a treasure and a field.  Parables are not long and they reveal their meaning when you pay attention to the words.   This parable does not say, ‘He dug up the treasure, cleaned off the dirt, and carried the treasure away.’

‘If you want the treasure,’ Gerry told us, ‘you have to take the whole field, everything in it, what you treasure and what you wish was not part of the deal.  It’s that way when you fall in love and decide to commit to each other: (For better, for worse; good days and bad days; tenderness and fights; patience and impatience; grief and joy.)  It’s that way, too, when you decide to take on a new job or move to a new city, or commit yourself to a process of reconciliation that invests you more deeply in some real and earthy person or place.’”

This is how I remember what Stock said that one day some years ago.  I’ve not been the same since.

p.s.    One of Gerard Manley Hopkins’ poems comes to mind when I remember  Stock.  Best to read the poem out loud, with pauses.  That’s especially true with Hopkin’s dense and demanding language. 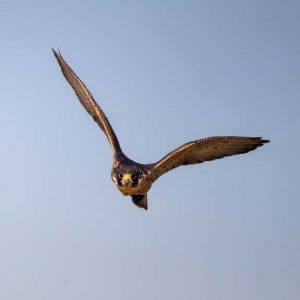 I caught this morning morning’s minion, king-
dom of daylight’s dauphin, dapple-dawn-drawn Falcon, in his
riding
Of the rolling level underneath him steady air, and striding
High there, how he rung upon the rein of a wimpling wing
In his ecstasy!  then off, off forth on swing,
As a skate’s heel sweeps smooth on a bow-bend: the hurl
and gliding
Rebuffed the big wind. My heart in hiding
Stirred for a bird,–the achieve of, the mastery of the thing! 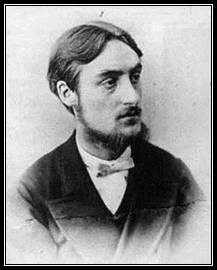