I began learning to teach as a 24-year-old kid at Holy Rosary Mission on Pine Ridge in South Dakota.  My life daunted me pretty much every day – so much I didn’t know about teaching, or about Lakota culture, or about the violence of Western culture as it assaulted Lakota culture over a century and a half. One of my jobs in that 7-day-week boarding school was to take care of c. 110 boys ages 5 to 14 in double and triple deck bunk beds. I took the K-4th graders up an hour before the older boys, got them ready for bed, tended scrapes they had acquired through the day, and told them a story once they were in bed. As they fell asleep, I walked among the bunk beds. I understood that some of these beautiful children already knew about violence and probably would not make it into a durable adulthood – and others would, no knowing which. It broke my heart to see them sleeping in a safe place within an unsafe world. During those nights these 2 lines from Isaiah’s “Song of the Servant of God” befriended me.

I began to imagine that The Servant of God about whom Isaiah spoke would not be frightened off by violence in the world. It’s one reason why I came to love Joy Harjo’s poem about the coming of spring after a hard winter in a racist prairie town.  I repeat it today because “Grace” reminds me of “The Servant Song.”  Perhaps also because very many people today must stretch so hard to let their imaginations be touched by tenderness and hope . . . in these wearing times.

Best to read both Isaiah’s song and Joy Harjo’s “Grace” out loud, with pauses.

Have a blest mid-week, 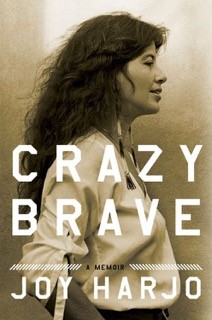