Friday, July 24 – “Nevertheless, God calls us and keeps us moving”

Sixteen years ago last week, the university gathered  in Our Lady of Mercy Chapel on the campus of Mercy College of Detroit which had come to be called “The Outer Drive Campus.”   Decades of humanity and commitment — hard work and play, hospitality and prayer — created a sacred place there, steeped in history and affection.   It was a hard goodbye.   Gretchen Elliot, one of the great voices of the Sisters of Mercy,  read  some paragraphs near the end of the chapel’s final liturgy on March 7.   When I read them last night, sixteen years later,  she reminded me of the sacredness of the places where we gathered to live our work lives then and of the sacred places we make now:  McNichols,  M L King Drive, and Jefferson.   In 2004, Gretchen told us that our university’s choice “to stay in the city in solidarity with its people” was the heart of what makes our places beautiful and holy.   Still true this Friday morning as we look out, see some summer grass, and complain about heat and humidity in our city.

Gretchen died ten years ago;  these words she addressed to the women and men of Detroit Mercy that March day still speak.  I am one of many who miss her.

“We are incarnate beings and therefore exist in time and space.  We are always someplace.  We cannot be no place!  Depending on one’s perspective we are each occupying a few square feet of ground in a shelter or outside, in the country or a city, in a particular continent, on this planet, Earth, in our solar system, in the cosmos.

Sometimes we move around, as Abraham did in response to God’s call, from the Land of Ur to the land between the Wadi of Egypt and the Great River, Euphrates.   Usually we station ourselves somewhere. . . .   We put down roots in one or a few places, figuratively and literally. . . .  The places and spaces in which we live shape us profoundly – and it is reciprocal, we shape those places.  They give us a sense of the shape of the world and we plant trees, build bridges and wear down paths and stairways in them. . . .

Many years ago, in the sixties and seventies, the Sisters of Mercy and the Society of Jesus and their institutions of higher education reaffirmed their stance in a bigger place than is marked by these walls.  Their choice to stay in the city in solidarity with its people was more primary than decisions about buildings.  The consequences of that stance were that Detroit’s needs –and strengths — challenged them to change.  They — we — joined energies and resources and rearranged places in order to continue serving in the city and beyond in the ways that were needed.  Now we are changing again, making new spaces and leaving some that no longer fit the ministry.

At one time or another in our lives we, like the three apostles in the Gospel reading, might feel ourselves on the mountain with the radiant Christ, sure that we’ve arrived, that we are in the place where we should be.  When we feel like that we might try to “set up a tent” to stay there.  But God usually takes us down the mountain into the daily flow of people and the unfinished world.  We may not like that change,  just as the cabbage farmer may not have liked the encroachments of the city near his land.  Nonetheless God calls us and keeps us moving.” 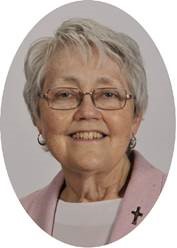