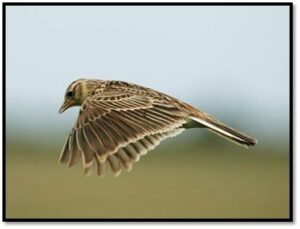 Gerard Manley Hopkins, sj, a radical innovator among 19th century poets, chose Anglo-Saxon over Latinate English vocabulary and invented “Sprung Rhythm” to replace  classical traditions of rhyme and rhythm  (http://en.wikipedia.org/wiki/Sprung_rhythm).  Anglo-Saxon lives closer to the ground than the latinate vocabulary brought by Norman conquerors into English (e.g., the Saxons lost, the Normans won so word-sets like “cow” (Anglo Saxon & spoken in the barn yard by hired hands) contrasts with “beef” (from the French “boef”,  spoken at the table in the manor house).  Hopkins thought Norman influences eroded the power and energy of Anglo Saxon.   The power and sharp edges of his word choices inspired a host of more recent poets to run similar verbal risks.

Hopkins also paid attention to the toll the British Industrial Revolution took on ordinary working people.  In today’s poem, look for startling and inventive imagery, some of it bearing down on the agony of human living;  look for exquisite delicacy in his descriptions of beauty also.   Best to read out loud but, given the challenges of Sprung Rhythm and inventive vocabulary, you may want to set aside some time to read it aloud a few times until you figure out what he’s doing.

As a dare-gale skylark scanted in a dull cage
Man’s mounting spirit in his bone-house, mean house, dwells—
That bird beyond the remembering his free fells;
This in drudgery, day-labouring-out life’s age.

Though aloft on turf or perch or poor low stage,
Both sing sometímes the sweetest, sweetest spells,
Yet both droop deadly sómetimes in their cells
Or wring their barriers in bursts of fear or rage.

Not that the sweet-fowl, song-fowl, needs no rest—
Why, hear him, hear him babble and drop down to his nest,
But his own nest, wild nest, no prison.

Man’s spirit will be flesh-bound when found at best,
But uncumbered: meadow-down is not distressed
For a rainbow footing it nor he for his bónes rísen.