Feb 5 – “haunting images of America’s past”

We usually save this space for what we call “contextual paragraphs”  —  short essays which we try to connect with something from the day that “wants our attention”  – –  e.g., the weather, some striking crisis, the season of the year, etc.  Today’s offering does not take the form of such an essay,  we found the “Ghosts of Segregation” photo series; its photo images and captions we find transformative and we are proud to offer them to the Poetry List’s c. 2,500 readers.

When the Federal Housing Administration (FHA) was founded in 1934, the process of “redlining,” the act of denying loans and financial services to black neighborhoods while granting them for white neighborhoods, was codified. The Detroit neighborhood of Wyoming was a redlined black neighborhood for nearly a decade until the early 1940s, when developers wanted to build a white development in the area. They were denied by the FHA because their plan placed the white neighborhood “too close” to the black neighborhood. Thinking quickly, the developers responded by building a half-mile long wall directly between Mendota Street and Birwood Avenue for a full three blocks. This was enough to be given the nod of approval from the U.S. government. The wall, now known as 8 Mile Wall, was the official racial divider for over 20 years, until the Fair Housing Act supposedly abolished such racist policies in 1968. 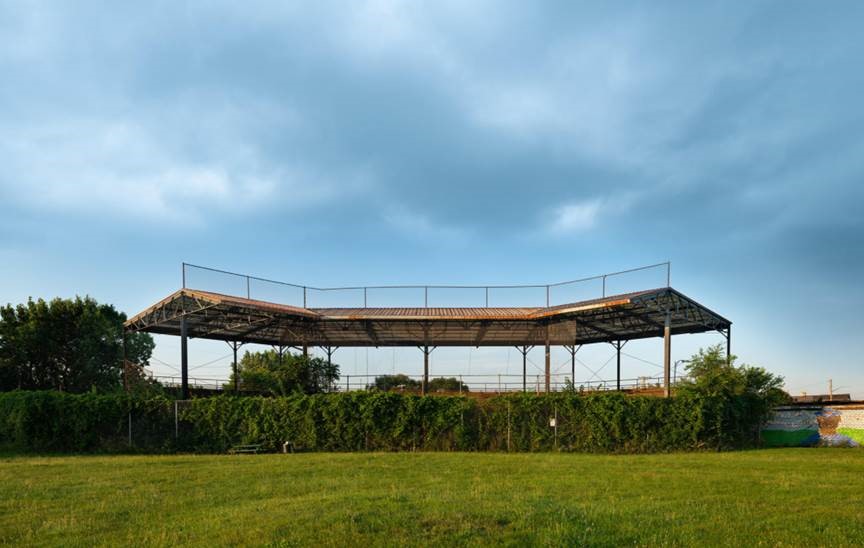 For detail about the photographer, Rich Frishman, please see: https://www.ghostsofsegregation.com/content.html?page=5