“to cry for a visionis a sacred task”

The Lakota expression “hanblechia” means “he or she cries out for a vision.” It is the name of one of the most sacred Lakota rituals.  It begins with a sweat bath, singing begging-prayers as the bodies of the people in the sweat lodge welcome supersaturated steam from igneous rocks (n.b., which won’t explode when they have been fire-heated to deep red), the people in the dark lodge have broken a sweat before the singer pours the first dipper of water onto the rocks.  The lodge has the shape of a half circle. The singer does not pour the first water until the door flap is closed and the people have all taken a position sitting cross legged and naked.  In that posture, the roof of the lodge is only a few inches from the top of your head while you have bent forward to be close to the red hot stones which are a few inches from your face.

When the one seeking a vision finishes the sweat, s/he lets the holyman lead them to a place to pray alone, sometimes for 4 days of complete fasting, crying for a vision to help you, “unsimala ya” “have pity on me.”  So I can receive a vision to live by.

It sometimes occurs to me that this ritual of begging for a vision can make a powerful prayer in these times when anger and danger and fear want to cloud our sense of our lives as sacred.   Jim Janda, a mystic poet and once a mystic Jesuit, wrote this poem out of his awareness of  “hanblechia.”

Have a blest mid-week,

one must climb amountain alone— 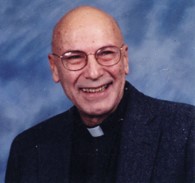 p.s. Jim Janda lived as a mystic pilgrim for most of his 74 years. He died August 7, 2010 in Salt Lake City, a priest of that diocese since 1996. Jim also lived for a quarter century as a Jesuit which is when we met. Jim was “well known for his gentle and generous heart. . . . During his life he wrote and published a series of short religious stories for children, school plays and books of poetry.” So reads his obituary in the Salt Lake Tribune. The obit is accurate, as was the stated cause of his death, emphysema; I think he smoked too much. I can’t remember ever visiting with Jim without feeling bathed in wisdom and tenderness, and in his awareness of how deep grief runs in human beings, right there along with whimsy.

The Tribune’s evocation of “stories for children, school plays and books of poetry . . .” does not even hint at the flint-hard prose and fine-tuned ironies that throb and flow through his poems.

Jim Janda reminds me of  National Poet Laurate Joy Harjo.  I am glad I thought to pull his book off my poetry shelf this morning.