For a range of interpretations of the Root of Jesse, maybe start with wikipedia  http://en.wikipedia.org/wiki/Tree_of_Jesse.  Or just listen to the sung version and read the original Latin along with the English translation.

translation:
“O Root of Jesse,sign for all peoples,             in whose presence kinds stand silent,  before whom nations bow down in worship.  Come to liberate us, do not delay.” 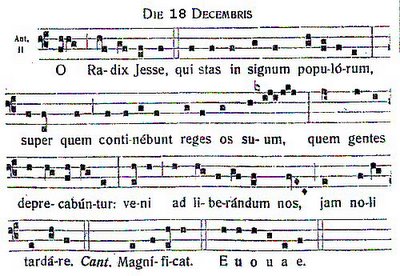