Yesterday,  I drove a friend from out of town around the city in early autumn’s flashing sun.  I call Detroit drive-arounds for friends from elsewhere “Ruins Porn and Detroit Rebirth”   (i.e., standard stereotypes of collapsed houses, broken factories and store fronts;  some enduring city treasures, like the DIA and Orchestra Hall with its surround of new investments — the new high school, two apartment buildings, an office complex).    I told my friend that when I moved here in 1980, Orchestra Hall was boarded up and slated for a wrecking ball,  people who love the acoustic wonder of the space organized and brought it back.  There’s rebirth all around it now, a new music-focused school, two apartment houses, offices, even a Starbucks.

We had to avoid downtown because of Lions game traffic so we headed east on Mack past the Medical Center and Whole Foods  and noodled around Eastern Market.  Spaces where people come to buy scallions, squash, and Avalon Bread were jammed with tailgaters.    We drove east through Indian Village to introduce my friend to the 15,000 Hentz tree farm.  This approach to available space was pioneered by UDM’s Detroit Collaborative Design Center.  They teach  that a city’s available space should not be imagined as empty rectangles looking for new constructions.  Instead, new energy weaves itself around still standing old energy.  The Hentz farm is like that:  saplings, planted by a host of volunteers one weekend in early summer, but not all in one rectilinear patch,  lots and lots of small patches;  the new growth is woven around the old.  “That’s Detroit rebirth,” I told my friend.

The drive-around was in the back of my mind when e e cummings “i am a little church” woke my imagination this morning.   I read the poem and remembered why I love it.  It’s Today’s Post.  But I’ll hazard disagreement with the poet on one count.   Yesterday during the drive-around we saw so many churches all over Detroit; some large, some small, some centers of beauty and community, some boarded up;  churches everywhere.  Memories of lost congregations and lost revenue alongside life blood for a city’s rebirth.     This morning I read “little church” as if it were one of those  I drove by yesterday, all around the city

“around me surges a miracle of unceasing
birth and glory and death and resurrection;
. . . flaming symbols
of hope.”

Have a great day.

“i am a little church”

“i am a little church (no great cathedral)
far from the splendor and squalor of hurrying cities
–i do not worry if briefer days grow briefest,
i am not sorry when sun and rain make april

my life is the life of the reaper and the sower;
my prayers are prayers of earth’s own clumsily striving
(finding and losing and laughing and crying)children
whose any sadness or joy is my grief or my gladness

around me surges a miracle of unceasing
birth and glory and death and resurrection:
over my sleeping self float flaming symbols
of hope,and i wake to a perfect patience of mountains

i am a little church (far from the frantic
world with its rapture and anguish) at peace with nature
–i do not worry if longer nights grow longest;
i am not sorry when silence becomes singing

winter by spring, i lift my diminutive spire to
merciful Him Whose only now is forever:
standing erect in the deathless truth of His presence
(welcoming humbly His light and proudly His darkness)” 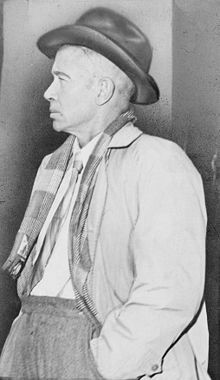