Wednesday, February 11 – “surrounded by such a great cloud of witnesses” Hebrews 12:1

Yesterday afternoon, judging from email traffic, readers on this list are thrilled that Detroit’s North Side urban garden won the national M-Gro contest and will use the $40,000 to create a teaching farm for children. Last night in the West Side Redford Theatre, Mayor Mike Duggan spent one hour imagining Detroit’s rebirth with a litany of specific neighborhood promises made credible to that packed house and lots of us who watched on tv by the long list of promises made by the Mayor’s administration last year. I’ve lived here 34 years and felt like an old-guy homie, thrilled by Detroit’s emerging version of what Denise Levertov calls “Making Peace.” Later last night, after UDM’s 9:30 student residence-hall mass, I came home to learn that Jon Stewart has announced that he will be leaving The Daily Show, his 17 year masterwork where biting humor and passionate commitment to human depth in a hard world have stirred courage in millions of people. Lots of us will miss him.

A “great cloud of witnesses” all on the same evening. A hard world, crowded with women and men at work about re-birth.

This morning I woke to an NPR account of Kayla Mueller’s martyrdom in Syria at age 26 as a captive of ISIS. Those who knew her speak of an unwavering commitment to compassion; lived in some of the world’s most daunting places of violence. It was the news about Kayla that led me back to Levertov’s “Making Peace.” The poem transformed last night’s and this morning’s disparate array of news into what Hebrews 12 calls “such a great cloud of witnesses.” Late yesterday & this morning appear to be a moment in time of sheer human courage and beauty.

Maybe it’s because Pope Francis just named Bishop Oscar Romero “a martyr,” that I think of Kayla with that word. In Greek, “martyr” means “witness,” or “one who bears witness,” or perhaps “one who pays attention.” On hard days and in hard places it helps to pay attention to the sheer beauty of women and men who bear witness, and go way out of their way to make peace.

Best to read the poem aloud, with pauses, several times.

A voice from the dark called out,
“The poets must give us
imagination of peace, to oust the intense, familiar
imagination of disaster. Peace, not only
the absence of war.”

But peace, like a poem,
is not there ahead of itself,
can’t be imagined before it is made,
can’t be known except
in the words of its making,
grammar of justice,
syntax of mutual aid.

A feeling towards it,
dimly sensing a rhythm, is all we have
until we begin to utter its metaphors,
learning them as we speak.

A line of peace might appear
if we restructured the sentence our lives are making,
revoked its reaffirmation of profit and power,
questioned our needs, allowed
long pauses. . . .

A cadence of peace might balance its weight
on that different fulcrum; peace, a presence,
an energy field more intense than war,
might pulse then,
stanza by stanza into the world,
each act of living
one of its words, each word
a vibration of light—facets
of the forming crystal. 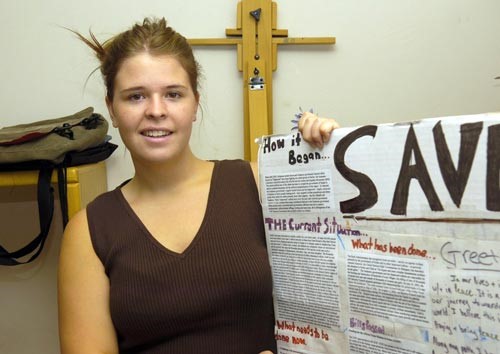