Sometimes it happens that browsing new poetry changes you.  This morning’s browsing did that.   I am preparing tomorrow’s post today;  tomorrow, I will be driving home from Guelph where Bill Clarke, sj lives, my spiritual director for three decades.  The 4+ hour drive refreshes me with little rituals — buying coffee at the same I-94 exit just south of Port Huron;  singing “O Canada” to Lake Huron while crossing The Blue Water Bridge;  standing still by a country church, empty of people on weekdays, and remembering the last months of my life.   Not a time to work with my laptop writing Friday’s post.

This morning, browsing “A Week of Being Here,” Kenji Miyazawa met me for the first time.  I’d never heard of him.  This poem was found in his trunk after he died in his early thirties,  It stops me just like Lake Huron and the country church do.    I think this Buddhist poet will meet readers of the list again.

Even more than most poems, “Be Not Defeated” should reward reading aloud with pauses.   Have a good weekend.

{Kenji Miyazawa (宮沢 賢治 Miyazawa Kenji?, 27 August 1896 – 21 September 1933) was a Japanese poet and author of children’s literature from Hanamaki, Iwate in the late Taishō and early Shōwa periods. He was also known as an agricultural science teacher, a vegetarian, cellist, devout Buddhist, and utopian social activist.[1]}

Today’s Post  —  Kenji Miyazawa: “Be Not Defeated by the Rain” 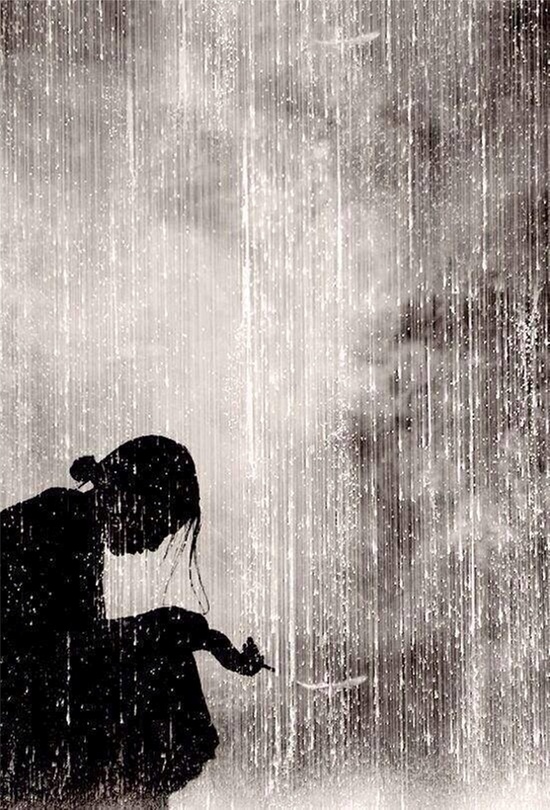 Unbeaten by the rain
Unbeaten by the wind
Bested by neither snow nor summer heat
Strong of body
Free of desire
Never angry
Always smiling quietly
Dining daily on four cups of brown rice
Some miso and a few vegetables
Observing all things
With dispassion
But remembering well
Living in a small, thatched-roof house
In the meadow beneath a canopy of pines
Going east to nurse the sick child
Going west to bear sheaves of rice for the weary mother
Going south to tell the dying man there is no cause for fear
Going north to tell those who fight to put aside their trifles
Shedding tears in time of drought
Wandering at a loss during the cold summer
Called useless by all
Neither praised
Nor a bother
Such is the person
I wish to be

“Be Not Defeated by the Rain” by Kenji Miyazawa. Translated from the original Japanese by Hart Larrabee. Text as posted on Tomo 友(08/05/2012).

Curator’s note: After the poet’s death, a black notebook containing this text was found in his trunk. The poem appears in bold strokes amidst his repetitious copying of a Buddhist mantra. According to its date (November 3, 1931), he had composed it while on his deathbed. He was only in his thirties. Visit this link to view a photograph of the poem in the notebook, the original Japanese text, two very different translations (including Larrabee’s, which I prefer), and interviews with the interpreters.