Sept 14 “What is the knocking at the door in the night?”

Monday, still early in this academic term, future-oriented Monday, home for as yet unknown challenges.   September is like that when your university begins classes late in August as we do here.

D. H. Lawrence ends his short poem, “Song for the Man Who Has Come Through” with five lines that speak to uncertainty and to the courage that goes with it; a September blessing song for students and the women and men who work with them.

It shouldn’t take long to read these five lines out loud twice or thrice.

Blessings on the week.

No, no, it is the three strange angels.
Admit them, admit them

The playing angels of Philadelphia

Swedish sculptor Car  l Milles created many angels over his creative life time, including these 3 playing angels now permanently displayed in Fairmount Park, along Philadelphia’s Kelly Drive.  When I studied in Philly during the 1970s, I would sometimes walk to the three angels and lie on my back looking up to watch them dance against the sky.  They were my favorite place in a city I came to love.  Still are.

For an explanation of the Philadelphia angels with multiple perspectives see  https://www.youtube.com/watch?v=_yCAQ-WuhMc 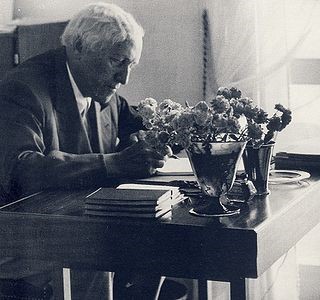