Sept 21 The House of Belonging

“this is where I want
to love all the things
it has taken me so long
to learn to love.”

This day, 109 years ago,  my grandmother brought my dad into the world with pain and courage: farm people who lived in the far east of Kansas, close to the Missouri River.  Dad lived long enough that we grew to be friends, to tell each other stories across our generational lines:  e.g.,  On rare occasions someone would bring candy from the store and each kid got their portion. But, one of his sisters told me years later, “Louis would eat his quickly and then go beg some more from the rest of us.”  When the family moved to central North Dakota,  he learned to swim in the Hart River by holding onto the horse’s tail;  so he told us.  He learned the responsibilities of an oldest boy so that when, in 1921 the family swapped farms with strangers in Wisconsin, sight unseen from a farm journal (!), his mom and dad packed the Model T to overflowing and drove east with the younger kids.  He, the oldest boy, took their small herd of dairy cows on the train, across the prairie, down through central Wisconsin into Chicago where he and the cows changed trains and headed north through Milwaukee and Green Bay to Marinette.  He was 14.  He told me a story thread once, when he’d gotten up before 5:00 so he could drive 2 hours to where I was staying for vacation .  .  . he picked me up at 7:00 when the Jesuits allowed him to pick up his Jesuit man-child for an overnight at home.   On the ride home he observed that he had worked his way through Marquette U law school in the depths of the Great Depression so that he would not have to spend his life getting up in the pre-dawn to tend cows.  And here he was, getting up on farmer hours to pick up his son.

Stories, lots of them to remember decades later in 2016 when stirred by David Whyte’s poem, in conjunction with a birthday 109 years today.  Is it deeper love to listen to a father’s stories or to live one’s own?  Yes.  All around me, on this university campus, in this city, in this hard-times world,  stories live.  At the university we teach precision skills;  we also teach listening and the conviction that everyone’s stories are worth the telling.

Have a blest day this mid-week.

p.s.  On their first (blind, set up by mutual friends) date, deep in The Depression in the fall of 1933, my mom told us kids that her date’s best shirt had a frayed collar.  “But he kept it clean,” a promising early sign she thought.  Stories. 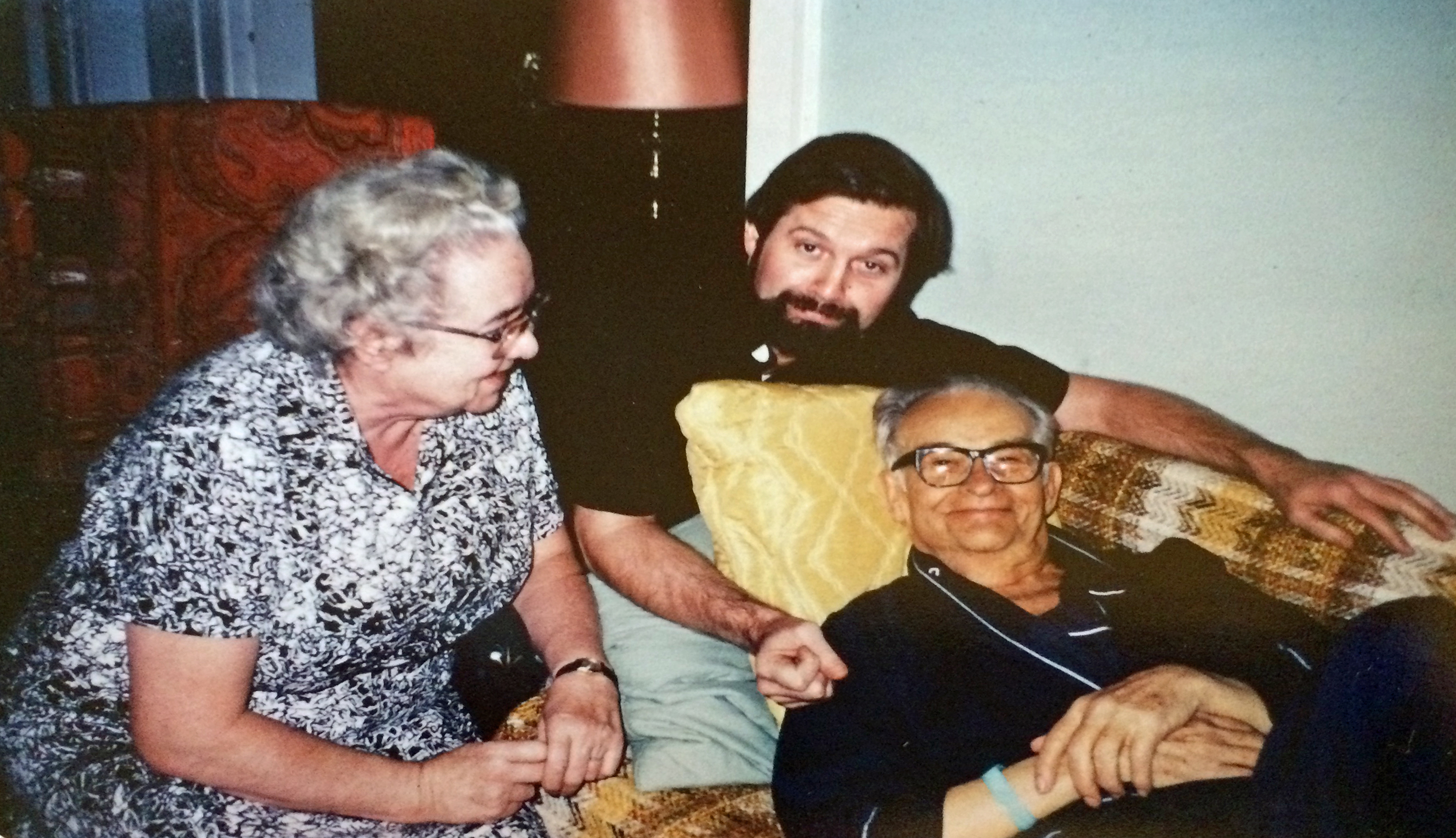 “THE HOUSE OF BELONGING”

thinking for
a moment
it was one
day
like any other.

it must have been the quiet
candlelight
that filled my room,

it must have been
the first
easy rhythm
with which I breathed
myself to sleep,

it must have been
the prayer I said
speaking to the otherness
of the night.

And
I thought
this is the good day
you could
meet your love,

this is the gray day
someone close
to you could die.

and I found myself
sitting up
in the quiet pathway
of light,

the tawny
close grained cedar
burning round
me like fire
and all the angels of this housely
heaven ascending
through the first
roof of light
the sun has made.

This is the bright home
in which I live,
this is where
I ask
my friends
to come,
this is where I want
to love all the things
it has taken me so long
to learn to love.

This is the temple
of my adult aloneness
and I belong
to that aloneness
as I belong to my life.

There is no house
like the house of belonging.