April 6 – Easter Monday and Opening Day at the Ball Park

Opening Day in Motown = Ernie Harwell and The Song of Solomon.
Can’t say how good it feels to listen to Ernie Harwell.  Here he is on a YouTube clip and in print from The Song of Solomon.  Below that are Dan Holmes’ candidates for Ernie H’s 10 best catch phrases, concluding at # 10 with my favorite,  “he just stood there like the house on the side of the road and watched that one go by.”

For, lo, the winter is past,
The rain is over and gone;
The flowers appear on the earth;
The time of the singing of birds is come,
And the voice of the turtle is heard in our land. 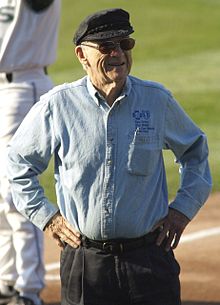 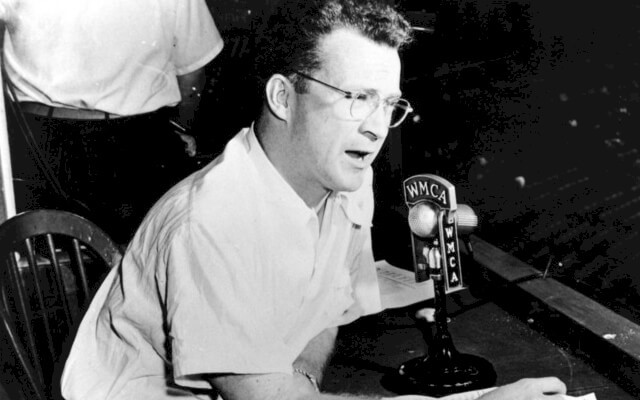 The popular Ernie Harwell was heard on the radio for sixty years, from 1943 to 2002. He spent 43 seasons as the voice of the Detroit Tigers.

For more than four decades Ernie Harwell was the man responsible for telling Tiger fans the good (or the bad) news. The Georgia-native was the play-by-play man on radio for the team from 1960 to 1991, and again for a decade from 1993 until his retirement at the age of 84 in 2002.

During his tenure in the broadcast booth, Harwell endeared himself to Tiger fans across Michigan with his rich, baritone voice, his simple broadcast style, and his heartwarming catch phrases. Many of his calls are the most famous in Detroit sports history. Who can forget “Listen to the bedlam at Tiger Stadium!!!” in 1984 when the Tigers won Game Five of the World Series to capture the World Series title. Or “There’s a base hit! … Kaline scores! … And McLain has his thirtieth win!” in 1968.

But while great calls like those are keystones to great moments and magical seasons with Ernie behind the microphone, there were also catch phrases that Harwell used year-in and year-out. Those phrases became a familiar trademark to a Harwell game and a Tiger broadcast.

I put together a list of my favorites. This list probably contains the most famous and popular Harwell catch phrases during his storied career.

This was a housekeeping phrase, it told the listener in shorthand that the team at bat had “no runs, no hits, no errors” from their action at the plate in the inning. Harwell would describe the final out and then say, “Nothing across for the Brewers in the third… Tigers still lead, 3-1.”

I always thought this was a standard baseball term, but I have listened for it since Harwell’s days and no other announcer (that I’ve heard) does this.

I must have heard this phrase tens of thousands of times. It’s a Harwell description of the pitcher kicking his leg up and delivering the pitch and it served perfectly to start the action of the next pitch and play. A classic phrase that was pure Harwell.

#8. “The Tigers are looking for some instant runs.”

When the Tigers were trailing late or by a lot, Ernie would use this one. He might also use it for the opposing team, as in “The Yankees will need some instant runs here to get back into this ballgame…”

I remember this one vividly because it made me realize as a boy that umpires were real people. The premise goes like this: a pitch is called a strike and Ernie calls it, then he uses the ump’s name to add some emphasis. Kaiser was Ken Kaiser, a longtime American League umpire. It could have been Ron Luciano, or Don Denkinger, and so on. All umpires were always “Mr.” and Ernie would often sprinkle in their hometown too. “The gentleman from Nyack, New York [Marty Springstead] is calling balls and strikes this afternoon…”

Ernie wasn’t much for jinxes. He didn’t believe that anything he said in the booth could impact the outcome on the field, and he’d gladly tell us how many outs we needed for a Detroit win. Or even a no-hitter. In 1984 when Jack Morris fired a no-hitter against the White Sox, Ernie drew criticism from some when he regularly used the phrase “no-hitter” late in the game and even counted down the outs. Baseball tradition states that the term “no-hitter” shouldn’t be used while a pitcher is pitching one, For Ernie, it was more important to describe the action and be accurate than to adhere to superstition.

This was Ernie’s signature home run call. Harwell probably most famously used this call in 1968 during the World Series when Jim Northrup hit a grand slam in Game Six against the Cardinals.

#4. “He’s out for excessive window shopping.”

Harwell seemed to have an endless string of phrases on the tip of his tongue. This one was used when a batter looked at a called third strike. It was a little more common than his other famous “called strike” call.

Ernie used this one when a double play was turned, and it’s a perfect phrase for what has happened. How many times did Harwell use this one while Alan Trammell and Lou Whitaker were teamed in the middle of the infield for the Tigers? Possibly as many as 1,300 times — that’s how many double plays the duo turned for Detroit.

This one was frequently preceded by “bounding ball” which was what Ernie called a groundball to the infield.

#2. “A man from Hamtramck will go home with that one.”

Most fans will pick this phrase as their favorite. The city of “Hamtramck” in this phrase could be replaced with any Michigan town. Ernie used it occasionally (maybe every few games, not every game) when a ball was hit into the stands. We were supposed to believe that Ernie knew what town the fan was from (the fan who got the foul ball.) Of course he didn’t, but we were delighted to hear him mention a Michigan city, town, or village. Harwell must have had an atlas, or he studied the U.S. map, because he would also use this phrase in road games, as he did during a broadcast of a game when Detroit was visiting the Mariners in Seattle: “A man from Walla Walla will take that one home…”

#1. “He stood there like the house by the side of the road and watched that one go by.”

As a boy, Ernie Harwell had a speech impediment. To help him become a better speaker, his teachers had him recite poetry and read aloud. As a result, young Ernie Harwell became an avid reader and lover of poetry. One of his favorite poems was “House By the Side of the Road” by Sam Walter Foss, written in 1898. Shortly after his broadcast career began in the 1940s, Ernie used that phrase to describe a batter who took a called third strike. It usually went like this:

“Striiike three… Mattingly is out… He stood there like the house by the side of the road and watched that one go by…” Ernie’s inflection on this (emphasis on “He stood there”) was wonderful.

Did I miss your favorite? Tell me your memories of Ernie and his famous catch phrases below in the comments section. Here’s a clip with a few of the phrases I mention above.