This morning when I opened the blinds in my room, early sun and snow traceries on the courtyard cloister walk roofs took my breath away.    Sometimes the world is tough; sometimes it’s beautiful.  Same goes for my city, Detroit.  The view out the window onto Livernois and McNichols reminds me of one of the saints in my life.  Here’s a meditation about Dom Helder Camera I wrote four years ago;  not the first time I invite him to stir our imaginations and hopes.  He learned how to walk in the world as a blunt realist who, at the same time, breathed playful tenderness in and out, all day, every day.

Dom Helder Camera February 7, 1909, Fortaleza, Brazil – August 27, 1999.  He was archbishop of Recife and Olinda from 1964 to 1985 during military dictatorship in Brazil.  He interpreted Catholic teaching with a consistent, fierce attention to the violence of systems maintaining brutal poverty.  This unblinking attention to the violence of poverty was matched by legendary playfulness.  Here is one story among many, this one I witnessed.  Once Dom Helder was speaking to about 1500 people who sat on the St. Louis levee overlooking the Mississippi River (by the Arch); in the middle of the talk, a helicopter took off right behind him filled with tourists taking a ride with a bird’s eye view of the river and the city.   It made enough of a racket that it was impossible to hear what the Dom Helder was saying.  He paused, turned around to the helicopter, and gave the tourists a puckish little wave.  When the helicopter got a little farther out on its trip, he turned back to us. 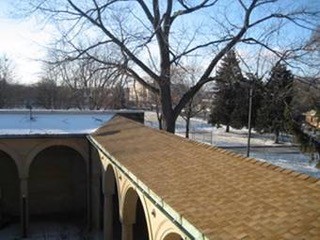