Hindsight says that Joe paid a high price to meet the crisis;  he began to call Jesuits young and old to face the province’s pervasive but little-recognized racism that had created a cultural assumption that the Rez was a penal colony for outcast Jesuits who had gotten themselves in trouble or who were perceived to be third string minds.   After his tumultuous 6 year term and many battles, Joe took a sabbatical and then asked to return to the Rez, for the rest of his life it turned out.   His hospitality to Lakota men and women and children became legendary.  When he died (cancer, I think), he was buried in the cemetery of Manderson village.   During my sabbatical month last September, my soul friend Mary Tobacco and I drove the c. 40 miles to visit not only Joe’s grave, but also Mary’s legendary ancestor Standing Bear and Black Elk, life-long close friends.   Black Elk became world famous as a wicasa wakan who John Neihardt interviewed over a long time and published the still-contemporary book Black Elk Speaks.   In recent decades, anthropologist Michael Steltenkamp, sj published a second account, this time by Lucy Black Elk, about her grandfather, Black Elk, who also served as Catholic pastor in Manderson District for c. 40 years.  While Mary and I stood still there for a while, a meadowlark began to sing, somewhere close to Joe’s grave:  “Maybe that’s Fr. Sheehan welcoming us,” said Mary.

I love the accident of this early January calendar reminding me of how much I and very many other people owe to Joe’s understated courage and his revolutionary recognition that the racist wounds on Pine Ridge called for a conversion into deep cross-cultural mutual hospitality – standing in that cemetery, near a caucasian priest, a Lakota holy man, and a war leader listening to the meadowlark as a sacred voice telling us that we were all welcome there that morning. 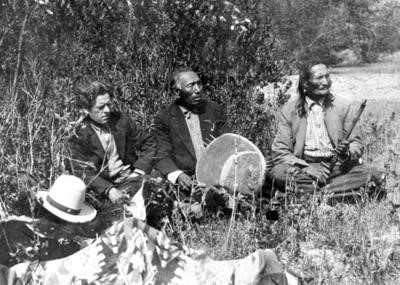 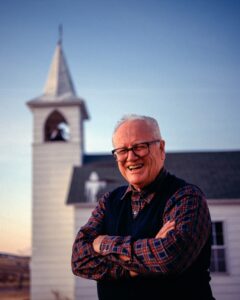