“Lent” – –  originally the word simply meant “Spring” (as in the German language “Lenz” and Dutch “lente”).  It derives from the Germanic root for “long” because in the spring the days visibly lengthen.

The English spoken in the United States originated in England as a blend of Anglo-Saxon (German roots) and French (from the Norman Conquest of 1066).   In Detroit’s climate, you might say that “Spring” means the season when trees and shrubs and flowers and grass look dead and only very gradually tell the careful observer that they are coming back to life… very gradually.  For some years, I’ve followed a ritual to remind myself about how slowly Spring happens:  I look for a large shrub or a low-hanging tree branch somewhere along a campus pathway that I walk.  I stop nearby, close, so I can look at one twig on its branch from a distance of 6 to 8 inches and look at the twig for half a minute or so, paying attention to signs of rebirth.   I try to remember to stop there three to four times a week.

From day to day not much new happens.  Little by little, though, attention at close range gets a chance to surprise the looker.  Stopping and looking is a form of Lenten prayer and helps more than giving up candy or beer.  Stopping and looking at a twig on a shrub can become a metaphor for close watching other parts of life and waiting there in hope — a child growing up, a city laboring through its rebirth, an angry country turbulent and contentious, a university teeming with people trying to learn, trying to teach, trying to renew our day-to-day operations — Beauty all around us.  Fasting from gloom, stopping and paying attention to a nation short on hope, the Lenten prayer invites the pray-er to wait for the season’s improbable signs of new life.

The growing length of daylight during Lent comes to about 3 minutes more light each day.

The world is charged with the grandeur of God.
It will flame out, like shining from shook foil;
It gathers to a greatness, like the ooze of oil
Crushed. Why do men then now not reck his rod?
Generations have trod, have trod, have trod;
And all is seared with trade; bleared, smeared with toil;
And wears man’s smudge and shares man’s smell: the soil
Is bare now, nor can foot feel, being shod.
And for all this, nature is never spent;
There lives the dearest freshness deep down things;
And though the last lights off the black West went
Oh, morning, at the brown brink eastward, springs —
Because the Holy Ghost over the bent
World broods with warm breast and with ah! bright wings. 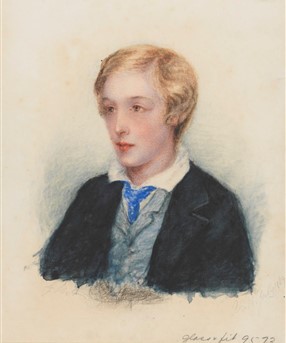