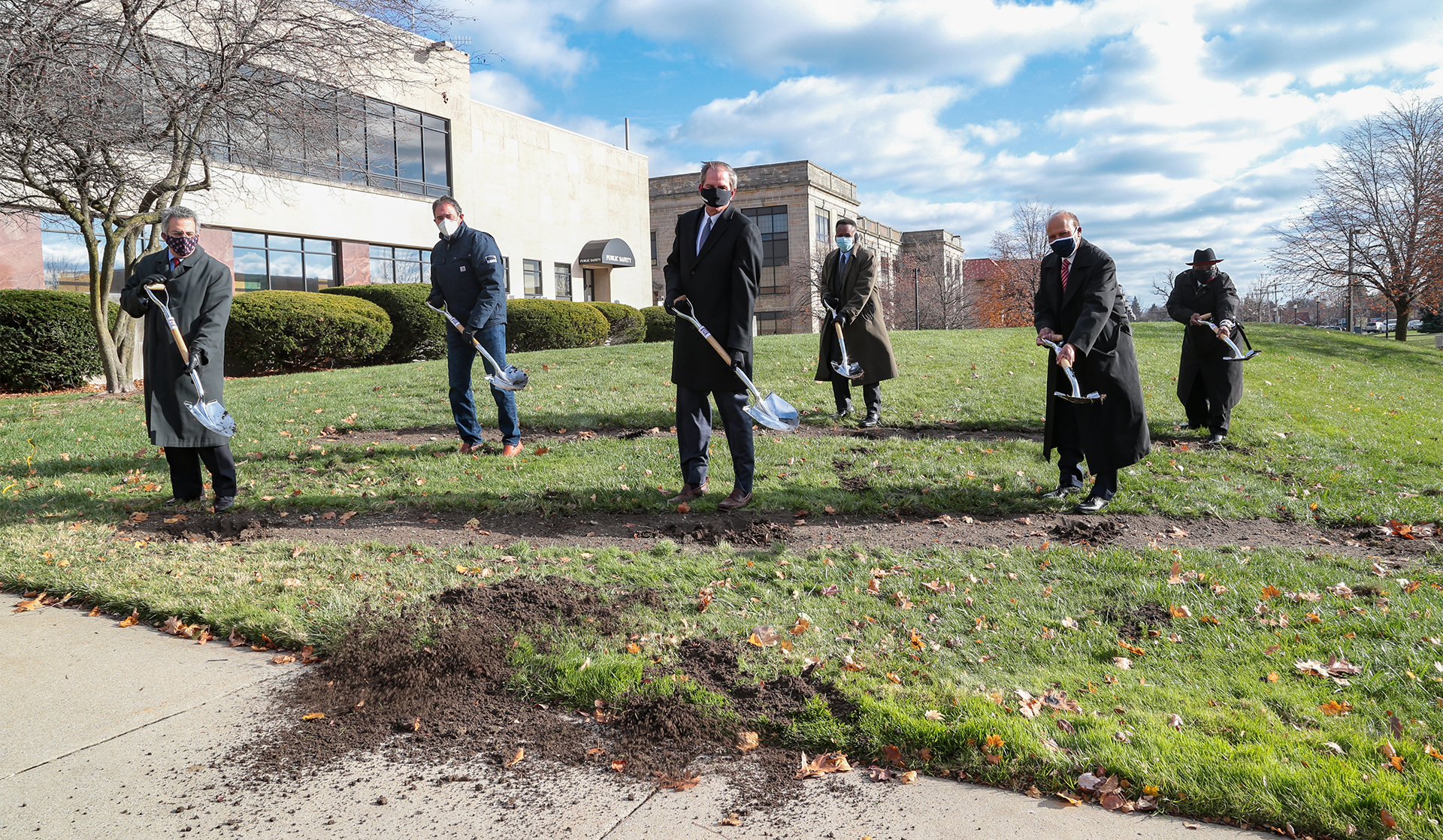 Garibaldi welcomed the small crowd that had gathered for this event and explained that the renovation of the Student Union, “is only one-third of a multi-phase, multi-million-dollar renovation to this McNichols Campus and is consistent with our long-range master plan, which is laser-focused on improving student satisfaction in all of our facilities, attracting and retaining more students and using University resources efficiently and effectively.”

Mike McNamara, chairman of the University Board of Trustees and president of Hollingsworth, agreed. “This new student union will be a critical hub of activity for our entire campus and most importantly for students. Originally built in 1955 and expanded in 1970, today’s groundbreaking and renovation will place the facility at the center of student life on the McNichols Campus,” he said.

The project starts with this renovation and expansion of the Student Union, followed by the eventual demolition of the University’s Fisher Administration Center and Reno Hall. In addition to upgrades to academic buildings, administrative space and residence halls, the multi-phase plan includes new on-campus student apartments, green space on newly acquired land and a Center for Excellence in Teaching & Learning, among other projects.

In spite of the challenges communities and organizations across the world have faced in 2020, this groundbreaking represents another milestone in the University’s history. This past year, the institution was honored once again with high national rankings by U.S. News & World Report and Wall Street Journal, among others. In addition, Detroit Mercy announced in October a new campus in Novi.