You and I are call and response

Our second Broadside Lotus Press poet this week, Aneb Kgositsile (Dr. Gloria House), is the author of the collection Medicine: New and Selected Poems (2017). The book is the most recent co-publication by Broadside Lotus Press and the University of Detroit Mercy Press. Our previous collaborations include the anthology and CD A Different Image: The Legacy of Broadside Press, which won the Library of Michigan Notable Book Award in 2005, and the poetry collection Solitude of Five Black Moons, by Aurora Harris, which received the PEN-Oakland Josephine Miles Excellence in Multicultural Literature Award in 2012.

We hope to bring Aneb to Detroit Mercy’s campus for a reading during Poetry month in April. Until then, I offer you the poem “For You, This Circle,” one of my favorites in the collection that was written on the occasion of her receipt of the Lifetime Activist Achievement Award of the Michigan Coalition for Human Rights. I love how the poem opens the occasion into a celebration of those who are gathered. In doing so, it embodies a vision of the written word as a living art form intimately connected to community and to self-determination.

For You, This Circle
(This circle of family, friends, comrades, co-workers, teachers, and students, gathered here)

You, this circle, welcomed me,
permitted me to speak to you and for you;
urged me to propose, to imagine, to teach, to dream.
You, this circle, envisioning a new world,
pulled me into your embrace and carried me forward.

You forgave my frequent failures.
You nodded in understanding.
You called on me for help –
which made me strong.

You then applauded my strength,
as if it had not been you
who engendered it in me.
You polished the gifts
I brought.

You and I are call and response,
river and sea,
flint and fire,
daffodil and Spring;
each other’s promise of what is good and beautiful,
each other’s reason for being.

Arm in arm, knit together in that vast invisible lace
that is Love,
we pursue the world of justice already awake
and waiting in our souls.

You honor me now with praise.
I salute you now with gratitude and thanksgiving. 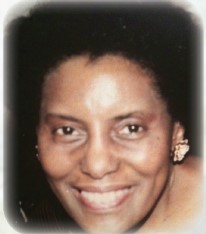 Aneb Kgositsile (Gloria House, Ph.D.) is Professor Emerita in Humanities and African American Studies at the University of Michigan-Dearborn, and Associate Professor Emerita in the Interdisciplinary Studies Department of Wayne State University. Aneb is the former Director of the African American Studies Program at the University of Michigan Dearborn. She has been an activist in human rights struggles in the U.S. and abroad since the 1960’s, when she was an organizer in the Student Non-Violent Coordinating Committee (SNCC). She is the co-founder of the Justice for Cuba Coalition and the Detroit Coalition Against Police Brutality. Over several decades, she contributed to the development of three African-centered schools in Detroit: Aisha/Dubois, Nsoroma Institute and Timbuktu Academy. From 1992 to 1996, she was a Visiting Professor in the English Department, and Director of the Partnership with Township High Schools at the University of Witwatersrand in Johannesburg, South Africa. She is currently engaged in the freedom school movement in Detroit.

Aneb has published three previous poetry collections, Blood River (Broadside Press, 1983), Rainrituals (Broadside Press, 1989), Shrines (Third World Press, 2004), and a book of commentary on the political uses of environment in the United States, Tower and Dungeon: A Study of Place and Power in American Culture; and served as lead editor of the anthology, A Different Image: The Legacy of Broadside Press. Her most recent publications include an essay, “The Detroit ’67 Rebellion: The Long Aftermath,” 2017 Catalogue of the Detroit Public Library; a chapter in Hands on the Freedom Plow: Personal Accounts of Women in SNCC; and a book, Home Sweet Sanctuary: Idlewild Families Celebrate a Century, a cultural study of the African American resort community in Northern Michigan.

From the foreword to Medicine: New and Selected Poems, written by Dr. Michael Simanga:

Aneb Kgositsile is one of our best poets. She is a healer who has organized a cupboard full of secrets gathered from gardens, recipes sewn into quilts, and methodology passed on in whispers. She has written them down in her new collection of poems, Medicine. This book, her fourth collection of poetry, could only come from a poet who is so planted in the black soil and the red clay that the images she spills out over the page cause us to stop, not pause, but stop, close our eyes and let the memory drift up and into our senses where we can taste and smell and feel. Surrender to her spell is strange and wonderful because the individual memory is summoned, but seems incidental. The appeal is for wide, deep connection to spirit, collective consciousness, and remembrances from so far back the names of the original tellers are difficult to recall. Medicine is a book to be carried in a pocket close to the heart. It is collective stories smuggled from person to person, family to family, community to community, south to north, north to west, across rivers and oceans.