Monday, December 2, 2019
“turned in the air together
and landed backwards!
that’s what got me —
to face into the wind’s teeth.”

On days offering anniversaries of courage and violence,   flint-hard poetry can recall bravery to match meanness.  On this date, December 2, 1980, four American women, Maura Clark and Ita Ford (Maryknoll sisters), Dorothy Kazel (Ursuline sister), and Jean Donovan a single young woman, were raped, murdered, and buried in Salvadoran shallow graves by out-of-uniform Salvadoran soldiers. Their murders evoked a response in the U.S. that galvanized opposition to U.S. funding for the Salvadoran military.

Today’s poet, William Carlos Williams almost certainly never met Ita, Maura, Dorothy and Jean, but he would have recognized them.  His metaphor of two acrobatic starlings, in so short a poem, helps me to breathe, and “face into the wind’s teeth” again now in 2019.    Perhaps these women,  39 years after they gave up their lives, can dance onto the wires and refresh our imaginations in our hard times.

Have a blest week . . . and a blest December, home of my favorite season, Advent. 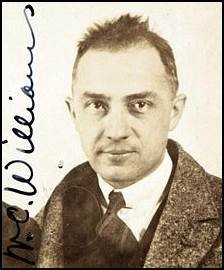 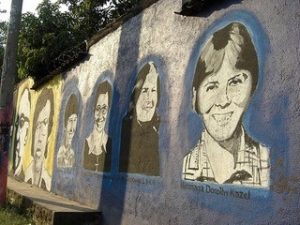