I think that my connections with the professors and the faculty and the mentors that I’ve worked with has certainly helped me out and I would say that rather it be office hours, emailing them just getting to know them is very important.

1. What appealed to you about MSU CHM’s Early Assurance Program?

…It took me a while to think about why I really wanted to do it and then once I honed in on what they wanted and what I want, it seemed like it clicked, like we both kind of mashed and molded into each other.

2. Every applicant is different. Please share 2 activities that you did that you believe really resonated with the focus of this program 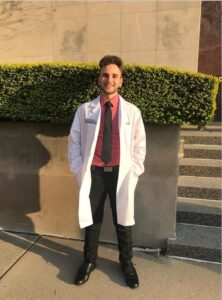 I would definitely say my experience shadowing and volunteering in underserved areas and diverse areas. That was something that I was able to experience and something that they were looking for… I was sort of working in an area that would potentially be my area of expertise or field.

I would say another experience for me was tutoring. It kind of showed me a different area (to serve) people that I didn’t usually work with … I could really show them how to understand a topic because it’s different from person to person and from area to area… I think, the way I was able to elaborate on that experience certainty helped me out…

3. How did the application content and timeline differ from traditional medical school applications?

You have about two months to complete it and the application is due around February 5 to 10th… And then in that time between January and February, also take your Casper exam…After that you submit your application and you hear back around beginning of March you will hear back in terms of an interview and then late March….

It all happens during the Winter semester of your Junior year before the national application opens in the summer.

4. What advice would you give Titans interested in applying to medical school through this exciting program? 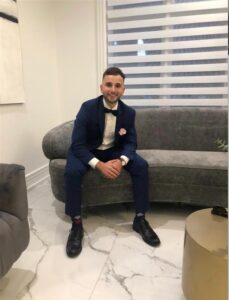 Another thing I would say is to make sure that this is what you want to do …, you only have that one school to choose and I know many people, they want to have the option to maybe go to a different school or maybe go out of  state…So make sure that this is a school that really interests you and that you will able to thrive in this type of community… they have a different sort of curriculum than many other medical schools do.

Another thing I would say as advice is…always ask questions. You will not know as much as you think you know and you will have other people around you who may know a lot more.

Pre-health Titan Ken Dada invites fellow Titans to reach him via email dadakb@udmercy.edu if they have questions and want to connect!