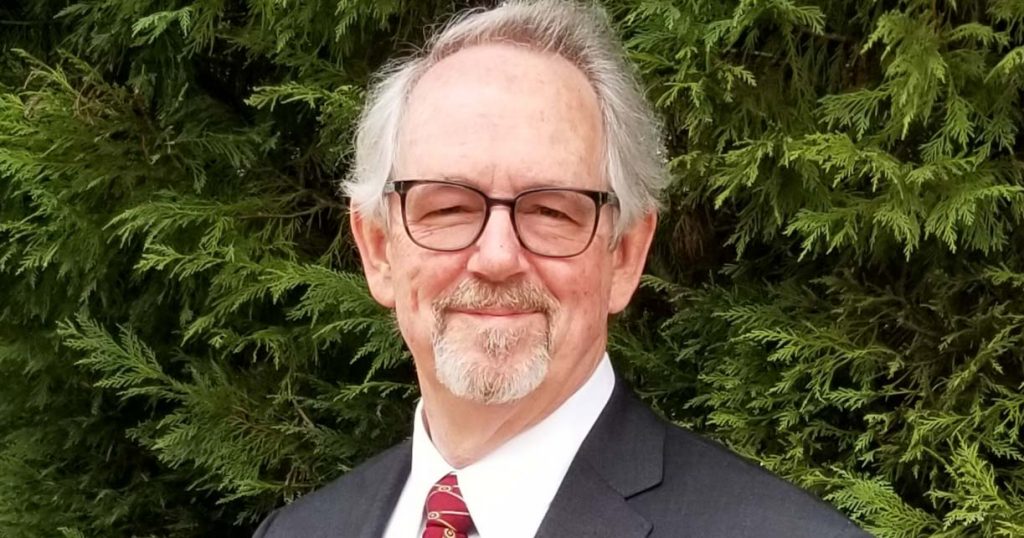 Each year, University of Detroit Mercy chooses an alumnus of each of its Colleges or Schools to honor as someone who has excelled in his or her profession, demonstrated outstanding leadership in work and devoted himself or herself in service to the larger community. Award recipients reflect the University’s mission of excellence and service and bring pride to their alma mater.

This year, the University will celebrate seven honorees at a special ceremony Friday, April 24, in the Ballroom in the Student Union. We will introduce the award winners on this blog before the event. If you are interested in attending the event, you can purchase tickets at udmercy.edu/awards.

For 2020, the College of Liberal Arts & Education will honor Henry G. (Hank) Durkin who graduated with a Bachelor of Arts degree in Journalism in 1973.

In his senior year he served as editor of the Varsity News and was named the Dean Lawrence Canjar Award for Man of the Year.

He spent seven years in newsrooms, including the Palm Beach (Fla.) Post and the Charlotte (N.C.) Observer before entering the computer world when he began managing the first computer system used by The Observer newsroom and, eventually, all business systems at the paper.

In 1998, Microsoft recruited him to its support center in Charlotte where he worked until he retired in 2018. For the last 10 years at the company, Durkin was training new hires, and through this influenced the careers of hundreds of technical account managers.

At the same time, he was active in civic service, he ran the First Night for Kids celebration in Charlotte, served on the boards of directors and as president of many civic organizations.

Durkin has stayed involved with Detroit Mercy and was a founding officer of the University’s Alumni Association Board. In 2018, he helped organize the Varsity News’ centennial celebration. He is also a strong Titans athletics fan, attending nearly any game of nearly any Titans team that plays within a couple hundred miles of his home in Charlotte, N.C.

Six other men will be honored along with Durkin. They are:

Check back to see their stories.