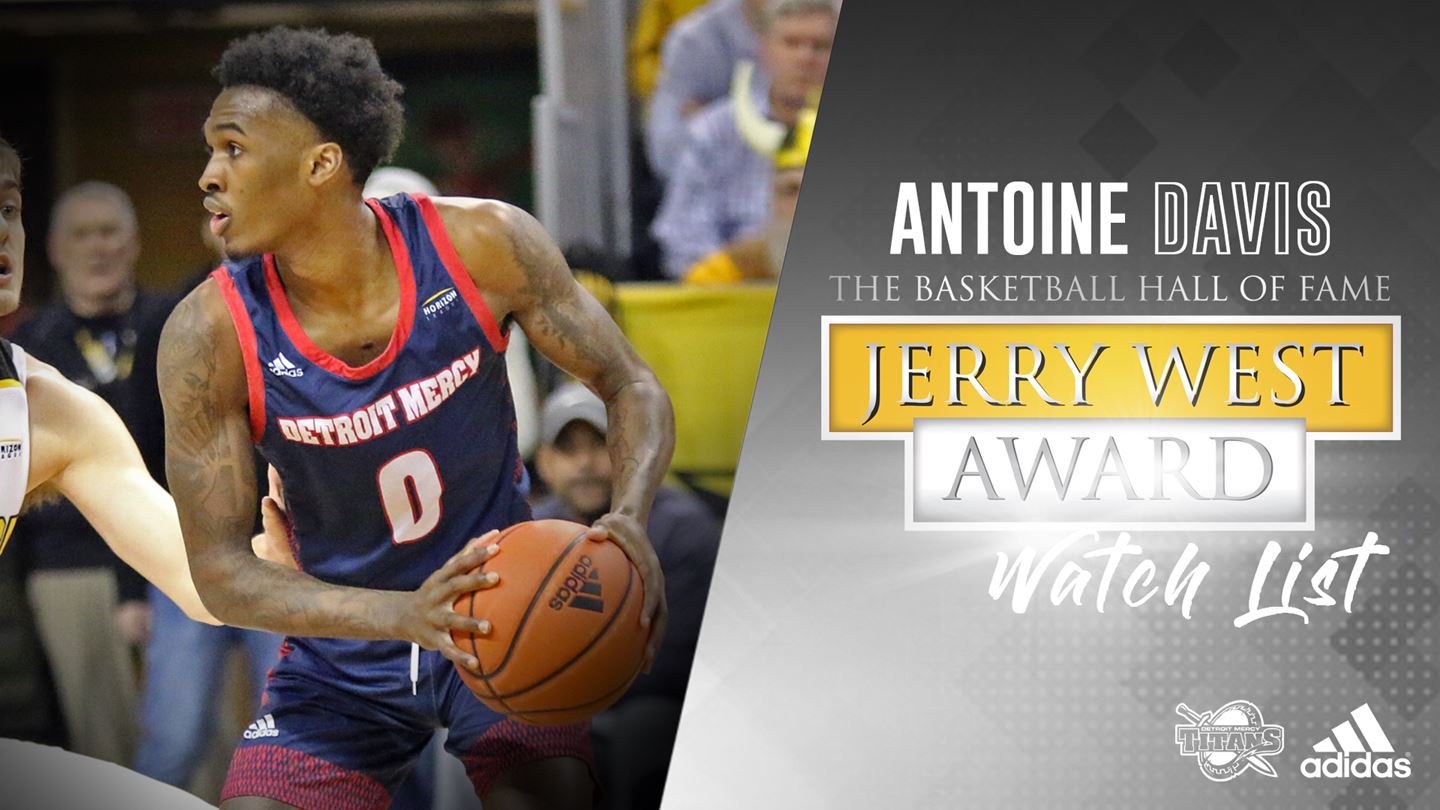 University of Detroit Mercy junior star guard Antoine Davis is no stranger to national recognition and he added to his collection of awards by being named to the Jerry West Award watch list by the Naismith Memorial Basketball Hall of Fame.

A national committee of top college basketball personnel determined the watch list for the annual honor, now in its seventh year of recognizing the top shooting guards in Division I men’s college basketball. It is named after Class of 1980 Hall of Famer and 1959 NCAA Final Four Most Valuable Player Jerry West.

Davis was a top-10 finalist for the award last season.

As a sophomore, he led the team in scoring and was fourth in the nation netting 24.3 points per game, good for seventh in Titan history. He poured in 729 total points, sixth-most in the nation and sixth in the Titan record book. He sank 101 triples on the year, ninth in Division I and fourth-most in school history, while his 3.37, 3-pointers per game was second in the league and seventh in the NCAA.

Davis posted 21 games with 20 or more points, six 30-point outings and a season-high and Horizon League-best 43 points on the season, all while registering 4.5 assists per game, 89th in the nation, and coming away with a career-best 52 steals on the year.

In two first two collegiate seasons, Davis has already scored 1,513 career points to stand 13th in school history and his 233, 3-pointers are tied for third in the school record book. In fact, his 3.88, three-point field goals per game is currently fifth all-time in NCAA history.

College basketball fans are encouraged to participate in fan voting. In late January, the watch list of 20 players for the 2021 Jerry West Shooting Guard of the Year Award will be narrowed to 10. and in late February, five finalists will be presented to West and the Hall of Fame’s selection committee.

For more information on the 2021 Jerry West Award and the latest updates, log onto www.hoophallawards.com and follow @hoophall and #WestAward on Twitter and Instagram. Starting Five Fan Voting presented by Dell Technologies will go live on Friday, Nov. 6.