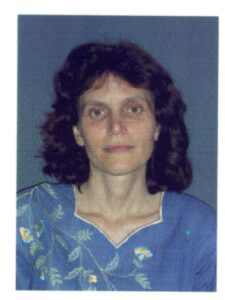 Gail M. Presbey is Professor of Philosophy at University of Detroit Mercy, and Director of the James Carney Latin American Solidarity Archives in the History Department (2002-present). She engages in interdisciplinary work that involves philosophy, world history, and political theory. Her areas of expertise are philosophy of nonviolence and African philosophy, with current studies and research on Africa, Latin America, Mohandas Gandhi’s movement, feminism, and Pan-Africanism.

She has researched in Kenya, South Africa, Ghana, India, and Brazil, having received a two-year J. William Fulbright Senior Scholar grant as well as a subsequent Fulbright research grant and a Fulbright-Hays Group Study Abroad grant.

She has four edited books and over sixty articles and book chapters published, as well as a dozen republications and translations in German, French, Italian, Spanish, and Chinese. She completed her M.A. and Ph.D. in Philosophy at Fordham University, writing on Hannah Arendt’s political theory. She has also completed a Master of Arts degree in World History at Wayne State University. In addition to philosophy courses, she also teaches African history and politics, and Latin American history and philosophy.

She has chaperoned college student groups to Mexico and El Salvador and accompanied students to Guatemala for volunteer work and Cuba for study. She has been Executive Director and then President of Concerned Philosophers for Peace (2003-2010), and a Board member of the Peace and Justice Studies Association (2012-2014). She has served three years on the American Philosophical Association Committee for International Cooperation and four years on the African Studies Association Conference Steering Committee. She also served for four years on the Ford Foundation Diversity Fellowships Board and three years evaluating Fulbright grants. She is currently Secretary of the Peace History Society. Write her at presbegm@udmercy.edu. You can also consult her Philosophical Papers website or look her up on Google Scholar.